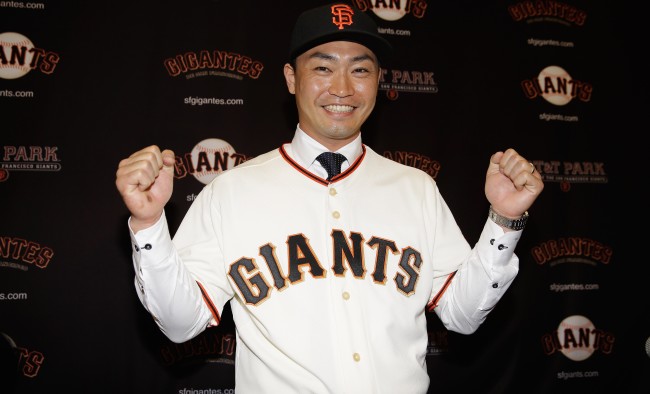 SAN FRANCISCO, CA – JANUARY 20: Nori Aoki poses for a picture after he was introduced as the newest San Francisco Giant at a press conference at AT&T Park on January 20, 2015 in San Francisco, California. (Photo by Ezra Shaw/Getty Images)

The San Francisco Giants have set their outfield with the signing of Nori Aoki, but questions still remain on the former Kansas City Royals right fielder who will transition to left for the Giants.

Since coming to Major League Baseball from Japan in 2012, Aoki has batted as his team’s leadoff hitter in 338 of his 438 career games. Aoki has been successful setting the table for the offense, too, batting .285/.353/.385 with 54 stolen bases and 122 walks to just 115 strikeouts. Power is almost out of the question for Aoki at this point, but his speed and on-base percentage are still there.

Like Loading...
‹ The Time Is Now For Kris Bryant
Is Klay Thompson’s 37-Point 3rd Quarter The Best Quarter In NBA History? ›