Baseball Cards: My Love For The Ultimate Stocking Stuffer 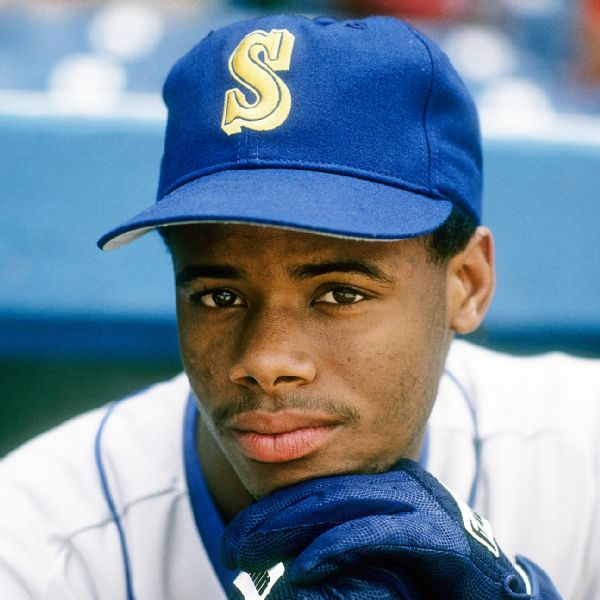 *This column was original published on The Sports Fan Journal.

No matter how old I have been, there has been one consistent image on Christmas morning in my parents’ house. I’m not talking about a giant Christmas tree, or even a special ornament that has always been dear to my family. Instead, I’m talking about a red and white stocking, which has a stuffed bear sporting a San Francisco Giants jersey, holding a tan baseball bat.

Fittingly, along with a variety of chocolates, there was always one special stocking stuffer inside: baseball cards. I can’t begin to pinpoint when my infatuation with cardboard portraits of baseball stars and pinch-hitters from past and present began to take over my world, but it was clear that at a young age we formed a bond that would last a lifetime. It wasn’t just baseball cards for me as a kid. While my best friends and classmates wanted the sweetest new toy on the market, I wanted hand-made porcelain bobble-heads, jerseys, and signed memorabilia. Hell, in fourth grade I wore a youth Babe Ruth jersey for picture day and then dressed in full uniform as him for Halloween that year.

But, it was baseball cards that always gave me the most access. These cardboard cutouts brought me to a place of the past, connecting me with heroes decades before my time or to a future that I wanted more than anything. Dreams of wearing the black and orange Giants hat, navy blue pinstripes from my shoulders down to knee caps (I always wore my pants up like Ruth unless my team had to wear them down) of the New York Yankees and then patting Ruth’s statue in Monument Park like Roger Clemens did before each of his starts for the Yankees. All these dreams began from staring at baseball cards and falling into a deep daze made them feel like a reality.

In Little League at the age of 10, I made one of my biggest mistakes as a card fanatic. Covered by a thin, plastic case, sat a black and white Babe Ruth card that I wore inside of my hat. While kids used to put their cards in their bike spoke, I had the feeling that the Great Bambino, in his cardboard form, could give some magic to this twig of a kid. At the inaugural ceremony where all the teams of the league come together, one of my worse days in my life with baseball cards happened.

My teammates and I were running around like any other 10 to 12 year olds when it happened. One of my good friends took my hat and began running around the outside of the field, dipping and dodging in between people. When I finally caught up with him, it was gone. Somewhere along the chase, my Babe Ruth card had fallen out and after hours of searching every inch of that park, the Baseball Gods punished me by making that card vanish right in front of my eyes.

I’ll admit it: While the love was still there as I grew up, my love for the random Tino Martinez card started to dwindle. Yesterday, David Roth wrote a piece for Slate on the past and future of baseball cards, focusing on the Topps Bunts app. For me, the article was both hopeful and sad for the baseball card industry. Like most physical objects of the past, baseball cards are turning to a digital platform. The app is meant to be for people to trade cards like the days old, but digitally and plays like a digital card version of fantasy baseball.

Last year, as my fantasy baseball team was going in the gutter, I turned to the baseball card app. I badly wanted to fall in love with the app and feel like I could carry my childhood with me in my pocket. I was interested at first and got excited with every card that sparked out of a pack that I bought on the app, but the feeling wasn’t the same. Not even close. What the app did do for me, was remind me of that feeling I got every time I opened a pack of cards, whether it was a Derek Jeter rookie card or Ellis Burks swinging his bat for the Giants.

When I came home after graduation, I ventured to the upstairs of my parets’ house and found the shoeboxes of my childhood. There were countless cards of players most of us have never even heard of, but I didn’t care. The magical feeling was back. I found my old navy blue card binder that was splattered with white paint spots and titled “Baseball Collectors Trading Cards.” Under the manufactured title, I added my own as a child, writing “Dalton Johnson’s Ultimate Card Collection” in black sharpie. The first page was a George Herman Ruth picture, where he wore his white Yankees jersey, staring in the camera after whipping his bat in a practice swing. On the next page, guys like Ugeth Urbina, Jeff Kent, and Willie McGee reminded me of my childhood love that will last a lifetime.

In 1928, Al Smith ran for President of the United States and if Babe Ruth had his vote, he probably would have had mine too.

Two shoeboxes of baseball cards sit in my house. (There’s a LeBron James high school rookie card in their too, but I feel fine calling this a baseball card collection). One box has a 1984 Nolan Ryan card, a rookie card of the late Oscar Taveras, rookie cards of Billy Wagner, Tino Martinez, Larry Walker, a handful of the 2014 rookie class, and these awesome cards where if you turn them they go from Wade Boggs to Tim Raines hitting, or Ron Guidry to Rick Sutcliffe picthing. The other box has three Derek Jeter rookie cards, a Barry Bonds rookie, Ken Griffey Jr., Bo Jackson Memphis Chicks minor league card, and much more that I should probably keep to myself before someone looks up my address.

Above all those cards that I can use as an investment for my future, is a card in which Ruth is wearing a black and white suit, a fedora, and cigar sticking out of the side of his mouth. On the right side of his chest, Ruth is giving his public 1928 presidential vote, with a square sign that reads, “Vote for Al Smith.” The back of the card recalls Ruth’s support for Smith against the president-to-be, Herbert Hoover.

For some reason the Babe caught my eye from day one as a kid. All I ever wanted to be was a professional baseball player, and looking at these cardboard players in their uniforms gave me hope. This time, the feeling was different whenever I looked at this Ruth card. Here, he was more than just a ball player launching home runs at an unprecedented rate for his era. He was supporting his friend like you and I would. I envision myself smoking a stogie, talking baseball, life and everything in between with Babe every time I look at my little piece of cardboard. There’s a sense of dreams and reality, hope and admiration with physical baseball cards that live outside of our mobile world. Maybe I’ll give the app another try, but for now I’ll keep the ultimate stocking stuffers alive with each tear of a pack of cards. I can only hope you join me.