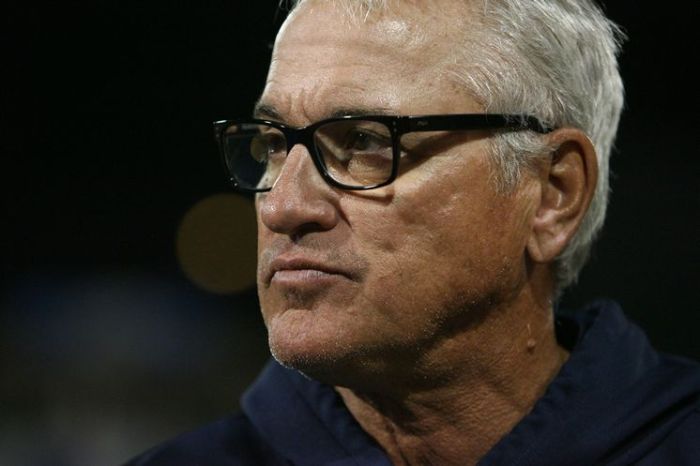 Joe Maddon has shocked the baseball world with his departure from the Tampa Bay Rays.

The Tampa Bay Rays have not had the best month of baseball news. While the Rays sit on their couch watching the MLB playoffs take place, they have now lost both their General Manager Andrew Friedman, who left the small market of Tampa Bay and headed to Hollywood for the Los Angeles Dodgers, and now their beloved manager, Joe Madddon.

Maddon is one of the most respected and intelligent managers in all of baseball, so he is sure to have his list of suitors. The initial thought around baseball is that Maddon wants to head to a large-market team, but the Dodgers seem to be out of the running, after Friedman said he is sticking with current coach Don Mattingly.

After the Dodgers, the New York Mets and Chicago Cubs are thought to be two options for Maddon. However, according to CBS’s Jon Heyman, the Mets will not be changing managers.

received emphatic, concise response from mets jeff wilpon. "No — we are not changing managers."

That brings us to Maddon’s best option of them all, the Chicago Cubs. With the state of rebuilding the best young talent in baseball and the money to spend on big name free agents, the Cubs seem to be the perfect fit for a manager like Maddon. Chicago has a manager in Rick Renteria, who is signed through 2016, but a name like Maddon is much more intriguing for the young players, free agency and a fan base looking for something to cheer about.

In Tampa Bay, Maddon coached in one of the smallest money markets in all of baseball, always producing wins with young teams. Maddon completely transfixed the Rays organization, leading them to their only four playoff appearances.

This season, the Cubs had the youngest team in baseball. In the near future, Wrigley will see even more bright young talent in Kris Bryant, Addison Russell, Albert Almora, C.J. Edwards, Kyle Schwarber and many other. Javier Baez, Jorge Soler, and Arodys Vizcaino all made it up to the bigs in 2014.

A well-known name like Maddon can only help bring interest to free agents such as Jon Lester, Max Scherzer, James Shields, and Russell Martin. Maddon is sure to have a heavy list of teams calling his agent, but the one with the brightest future and best fit with its young age and ability to spend money, is the Chicago Cubs.