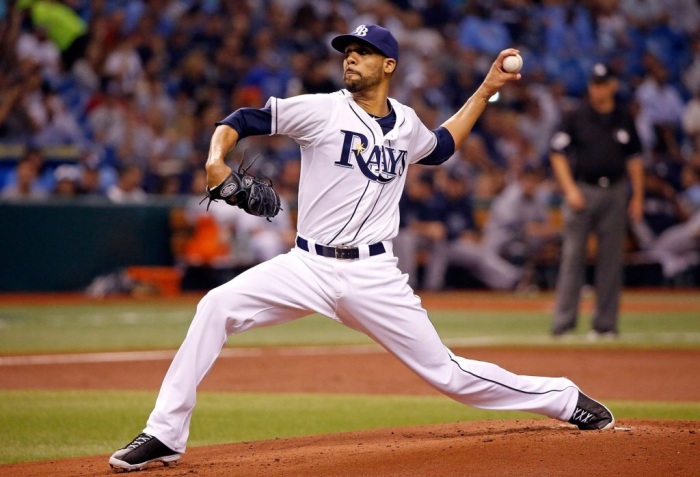 Opening Day is now in the books and that means more sunflower seeds were spit than babies kissed for the day. Fans either believe that their team is winning the World Series or drinking away their sorrows. Baseball has already been played in Australia and now America’s pastime is in the states. Now that the games have begun, it’s time to make predictions for each division and the playoff finishes.

The Dodgers already have both Clayton Kershaw and Matt Kemp on the 15-Day DL, but both should be back soon and the lineup depth can live without Kemp for the time being. Los Angeles has surpassed the New York Yankees as the biggest spenders in baseball and are hoping to follow in their World Series footsteps. The one through five hitters, even without Kemp, might be the best in baseball. Puig and Ryu both look like steals right now and the Dodgers spent big on stars to contend. Having a combination of Brian Wilson — although he looked freakishly bad in his first appearance — and Kenley Jansen at the back of the bullpen, should be lights out. If Kershaw does have to be on the DL for an extended amount of time, the Giants can move past their rival and questions on Puig imploding or exploding will be a factor for LA all season long.

Last season, the Nationals were thought to have a big breakout year, and the opposite happened. Players underperformed and several key injuries hurt the team. Bryce Harper is entering his age 21 season and he’s been called overrated and the best left fielder in baseball this offseason, after playing in just 118 games last season due to injuries. I wrote this piece on Harper, claiming him to be underrated and an MVP candidate. Washington’s lineup is deep from the top to the bottom, and while Rendon is slated in the eight hole, look for him to be one of baseball’s breakout hitters this season. The Nationals basically stole Doug Fister — though he is starting the season on the DL — and their top four starters in the rotation are some of the best in baseball. This is the season Washington truly breaks through.

Is any other team deeper than the Cardinals? No. Simple as that. The average age for their starting rotation is just 25.6 years old, yet they have all started a playoff game. Closing games for them will be 23 year old Trevor Rosenthal, who might record the most saves in baseball this season, and 22 year old Carlos Martinez will be setting him up. Martinez could easily be in the rotation, but his young Pedro Martinez-esque way of pitching will be lights out in the bullpen. The combination of youth and experience is unlike any other team for St. Louis. On the bench they have four players — Daniel Descalso, Jon Jay, Pete Kozma, and Shane Robinson — who are quality options for any team, plus they signed Mark Ellis who is on the DL to start the season. Depth, depth, depth!

Oakland has already suffered tough injuries in losing Jarrod Parker for the season to Tommy John surgery, and AJ Griffin is currently on the DL, but the Athletics are another team full of depth. They are not stacked with stars or full of power, but will rotate players in and out to win the AL West again. With a bench of Derek Norris, Alberto Callaspo, Nick Punto, Sam Fuld and Craig Gentry who is starting the season on the DL, the “Moneyball” system will work once again. Look for Cespedes and Reddick to both have more consistent seasons as well. Some of the biggest offseason additions makeup the A’s bullpen. They acquired Jim Johnson to save games, Luke Gregerson to help set-up games, and Drew Pomeranz will play the role of middle and long relief with spot start ability. Again, Billy Beane’s depth will beat the big spenders.

Youth, experience, MVP candidates, Cy Young candidates, and the coolest coach in baseball. The Rays might be the most lovable and productive team in baseball. The Rays decided not to trade David Price, Will Myers will have a full season with the big league club, Desmond Jennings is a breakout candidate, and they still have Evan Longoria. Still, the AL East is the AL East and anything can happen. In the division, there are the defending champs, a new Yankees team playing in Derek Jeter’s last season, and the Orioles and Blue Jays are full of stars. Tampa Bay will play solid defense, produce runs and have one of the best rotations in baseball. One guarantee is that they will have fun.

*Betting against Derek Jeter is like thinking you’re going to win a billion dollars by picking a perfect March Madness bracket. It’s just dumb. The Yankees could easily be a Wild Card team or even win the division. Having the bats of Jacoby Ellsbury, Carlos Beltran and Brian McCann in Yankee Stadium will be a home run derby. CC will be improved, Tanaka is no joke, and Pineda is back. The Yankees could easily be the Yankees again this year, but right now age and the bullpen is worrisome.

Detroit made some questionable calls this offseason in trading away Prince Fielder and Doug Fister, and being fine with Alex Gonzalez at shortstop for now, but they are still at the top of the division. Ian Kinsler is on a mission to make the Rangers look like fools for trading him, Miguel Cabrera is still Miguel Cabrera, and the Justin Verlander and Max Scherzer combination is a Cy Young waiting to happen. Anibal Sanchez is always overlooked, Joe Nathan is always solid, and I believe Joba Chamberlin is a bargain. Cabrera is still on his way to being an all-time great hitter, but he will miss Prince Fielder more than the Tigers realize.

The Royals will be right on Detroit’s tail all season long, and could sneak past the to win the division. Kansas City’s young players that created all the hype will finally break through, with Mike Moustakas being an All-Star. They have a well-balanced lineup and everyone must watch the electric rookie Yordano Ventura. The AL Central could easily be the most fun division to watch in baseball.