Brandon Marshall shines light on “The culture of the NFL” 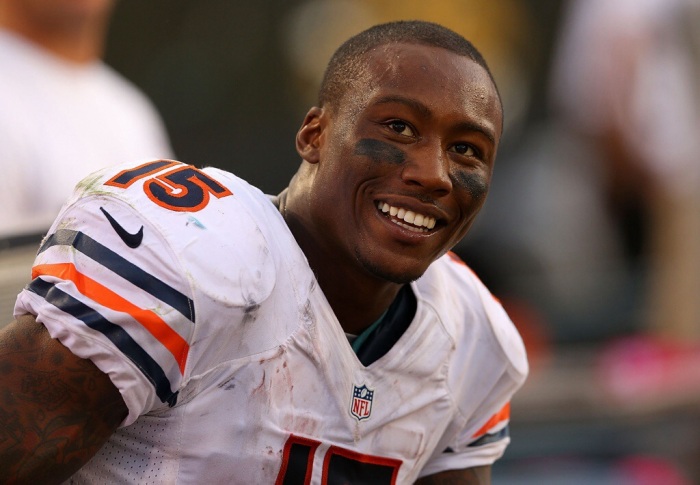 Brandon Marshall, wide receiver for the Chicago Bears, was once thought of as a player that spoke too much and his mouth seemed to run him into trouble. Turns out he’s one of the most thoughtful and interesting players in the NFL. He’s been open to the public about his struggles with mental illness, so when he has something to say about Jonathan Martin’s locker-room issues and the culture of the NFL, you should listen to the man.

Above is a clip from what Marshall had to say, and it is a great take on things. Here’s the transcript:

“Take a little boy and a little girl. A little boy falls down and the first thing we say as parents is ‘Get up, shake it off. You’ll be OK. Don’t cry.’ When a little girl falls down, what do we say? ‘It’s going to be OK.’ We validate their feelings. So right there from that moment, we’re teaching our men to mask their feelings, don’t show their emotions. And it’s that times 100 with football players. You can’t show that you’re hurt, you can’t show any pain. So for a guy to come into the locker room and he shows a little vulnerability, that’s a problem. That’s what I mean by the culture of the NFL. And that’s what we have to change.”

Marshall’s take is one that works for football and our society as a whole. We give a macho definition for men, and instantly assume that Martin is soft. People say they would deck Incognito if he did what he did to Martin to them and become Twitter tough guys. A strikingly few amount of players have backed Martin and many have even stood up for Incognito, with teammates calling him an “honorary black man,” which Deadspin points out, is completely made up and ridiculous.

For more on Marshall’s take, check out this article in the Chicago Tribune.