The dream continues for DeLorenzo 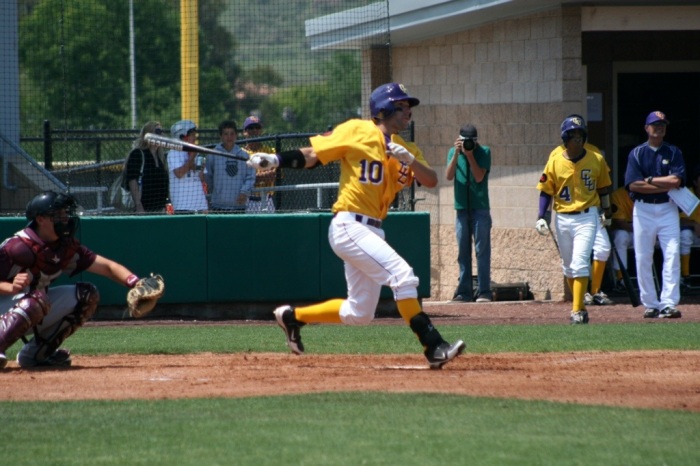 (Photo courtesy of the DeLorenzo family)

​“I’m living the dream,” says Nick DeLorenzo, who recently finished his first season of Independent Professional Baseball with the Gateway Grizzlies.
​
DeLorenzo had a dream of many young kids to one day be a professional baseball player. Today, he is still living that dream. He goes to work everyday to put on a baseball uniform and play a children’s game: “This is not a set back, but just another stepping stone.”
​The road to the show that the Bay Area native is taking is one that is tougher than those fortunate enough to get drafted by a Major League Baseball team, but also one that can lead to his dream.

​After his senior year at Cardinal Newman High School in Santa Rosa, Calif., DeLorenzo took the junior college route. Santa Rosa Junior College plays in one of the toughest conferences in the country, the Big 8, and DeLorenzo embraced the challenge for the 2010 and 2011 seasons. In his first season with the Bear Cubs, DeLorenzo played first base and was named Second Team All-Conference.
​The next stepping stone for the dream was transferring to California Lutheran University, a Division III school in Southern California. In his first season, DeLorenzo made an immediate impact.
​
As the Kingsmen’s primary designated hitter, DeLorenzo made ABCA All-West Region Third Team honors in 2012. For the season, he hit .336 with 43 hits, 11 doubles, 28 runs batted in and four home runs. The next season was another success while playing outfield for the first time and spending time at DH again. DeLorenzo played in all 45 games and hit .305 with 46 hits, 17 doubles, )31 runs scored, 31 RBI’s and two home runs.

​In June, the MLB player’s draft went bye and DeLorenzo did not hear his name called. Like many college seniors that were not drafted a simple question popped into his head: “Now what?” There were two options: Go home and try to find a job, or continue working for the dream.
​
Option two was the unanimous winner and DeLorenzo decided to play summer baseball in the Mink League, where a plethora of college seniors who are out of college eligibility play to try to sign a pro contract. On July 14th, 2013, the dream came true.

​“Gateway told me they would call me in a week, but it passed and I was freaking out a little bit,” DeLorenzo said. “Then the next day they called me during a rainout when I was on the bus and told me they wanted me and that was it.”
​
DeLorenzo drove the next day from his summer host family’s house in Missouri to the stadium in Sauset, Ill., four hours away. That day he got his locker, gear, met his host family and signed the Frontier League minimum, $600 a month contract. On the road, players were given $20 a day.

​“They offered cleats, three bats, shorts and batting practice tops, but if you want some extra savvy gear, you have to get that on your own,” DeLorenzo said.
​
The host family supplied food and a bed, where DeLorenzo stayed in the family’s basement. The travel was not bad at all either. Mostly the team stayed at hotels and even stayed at a place that had cottages for the team to stay at, equipped with a kitchen, a living room, and had three players to a room. For DeLorenzo, the travel was much better than summer ball, but not as nice as college.

There was only one rough time on the road.

​“The worst place we stayed at was the Red Roof Inn in Pennsylvania,” DeLorenzo recalls. “I had to stay on the floor, because I was a rookie with two veterans, and there were only two beds.”
​
Gateway traveled everywhere by bus. There was a bathroom on the bus, with wifi, but no outlets, so long bus rides were a struggle for players that relied on their electronics. This would be especially frustrating when the Grizzlies had a 7 p.m. home game, hit the road at midnight for an 11 hour bus ride and then played later that night. That is living the dream and living the Independent Baseball life.


​
One of the best experiences DeLorenzo had was playing a former Santa Rosa Junior College teammate, Jayce Ray. After two seasons as a Bear Cub, Ray went on to have two successful seasons at the University of Washington, where he surprisingly went undrafted.
​
While waiting to get signed, DeLorenzo was looking at the Frontier League’s transactions and saw Ray sign with the Windy City Thunder. Shortly after, DeLorenzo was with the Gateway Grizzlies.

​“I texted him and congratulated him and then three days later we were playing against each other” DeLorenzo said. “It was so awesome. We grabbed dinner one night and Jayce had like five hits in three games against us.” Naturally, the first ball hit to DeLorenzo in professional baseball was a single down the left field line hit by Ray.

​The weirdest situation that occurred with Gateway was playing in Rockford, where the locker room was just a double wide trailer. The shower was only a metal rod that shot out water and instead of bars of soap, a bucket of soap sat in the middle of the shower. DeLorenzo even had to go outside to a picnic table to get his ankle taped.

​On August 19th, DeLorenzo was released just hours before the transaction deadline. Gateway’s management did not want to get rid of DeLorenzo, but they had to make room for a pitcher that was coming off the disabled list and activated for the 25-man roster. As the team’s fourth outfielder DeLorenzo hit .186, but felt fully capable of playing professional baseball. 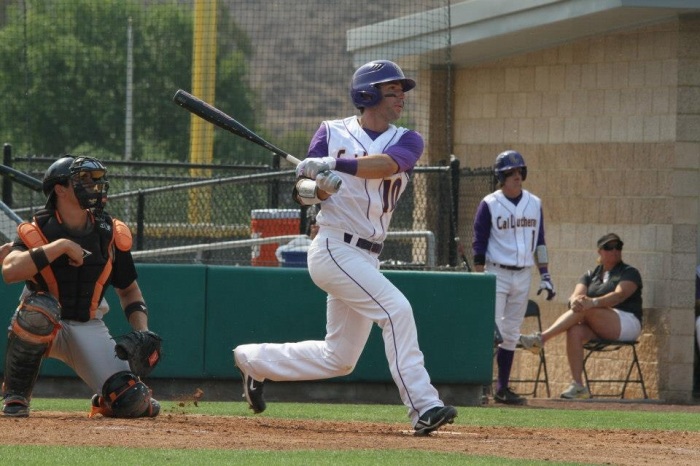 (Photo courtesy of the DeLorenzo family)

​The Frontier League is not like every Independent Baseball league. There are some leagues that are not very competitive and do not have age limits. This league is different. For comparison, the league’s competition is considered the same as High-A Minor League Baseball. There is also an age limit of 27 years old. The Frontier League is one of the premier Independent Baseball leagues and one of the best at getting players to sign MLB contracts, which is DeLorenzo’s goal.

​“The biggest difference wasn’t the starting pitching, but the bullpen. Every team could bring a guy out throwing 95 with nasty off-speed,” DeLorenzo said.

​The percentages to play for an MLB team are against you, but DeLorenzo has still found a way to play professional baseball and continue to pursue his dream. The opportunities are there even after players feel the dream is shattered after their senior season.

​“It’s all about word of mouth. Put yourself out there and play summer baseball even when you think you are done,” Delorenzo says. “Talk to your coach and there are open tryouts for certain leagues too.”

​Right now DeLorenzo is back at home in Windsor, Calif., taking a break from baseball and helping his family. Soon he will be back at it. He will be in the process of hiring an agent and plans to take trips down to the University of Southern California to hit off live pitching where one of his former teammates works out with several minor league pitchers. His goal is to get signed to play with a team affiliated with an MLB organization.

​“I played with and against guys that played Double-A baseball and after being star struck at first, I found out that I can play with these guys,” DeLorenzo said. “If you can do it, it’s completely worth the grind and to call yourself a professional baseball player at any level is a dream.”

Sidebar: Delorenzo’s story could be very familiar with that of Boston Red Sox outfielder and fellow Bay Area native, Daniel Nava. Both players went the junior college route with Nava going to the College of San Mateo. According to a Boston Globe story, Nava was just 4-foot-8 and weighed less than 80 pounds as a freshman in high school. He became a weight room rat, hit .400 for two seasons at San Mateo and hit .395 at Santa Clara University. He was passed by all the MLB teams and even independent teams at first. Nava ended up playing for the Chico Outlaws, an independent team that no longer exist. He hit .371 and a scout persuaded the Boston Red Sox to sign him for $1. Yes, $1.
Now, 30, Nava hit .303 with 12 home runs for the AL East champion, Boston Red Sox. He is making just over the league minimum, $506,000. Nava is listed at 5-foot-11, 200 pounds.