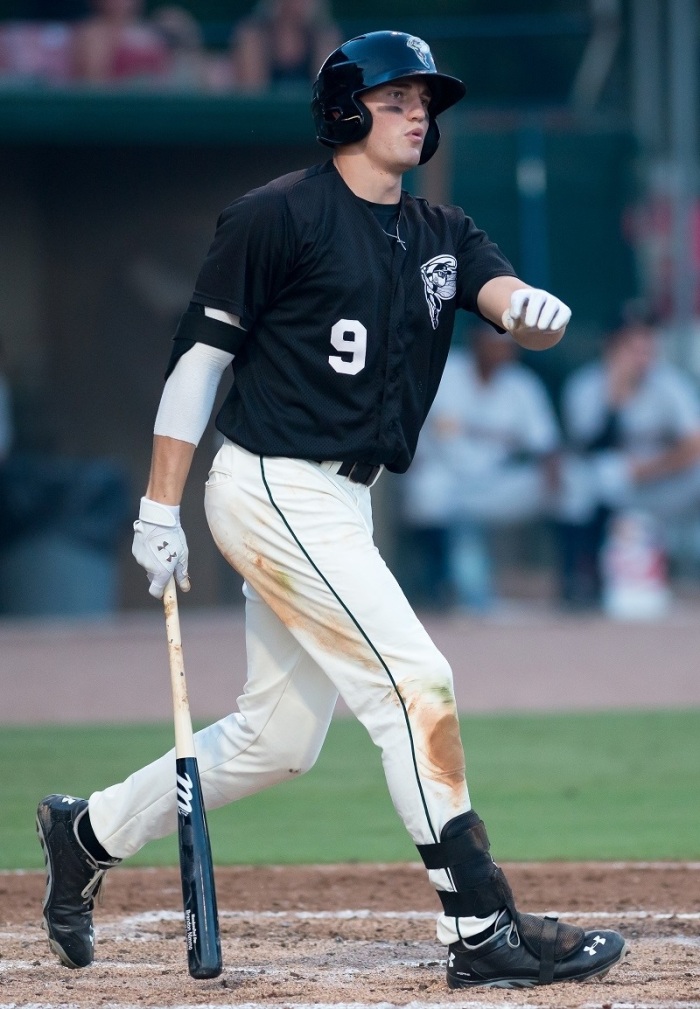 This article was originally published in The Inkwell and on its website.

The Savannah Sand Gnats, the low-A affiliate of the New York Mets, finished one of their most successful seasons and have started postseason play. Savannah traveled to Augusta on Sept. 4 to begin the postseason in Augusta, GA. against the Augusta Green Jackets.

“Now at the end of the season, we’re ready to battle as a team, as one,” Sand Gnats manager Luis Rojas said.

Perhaps the biggest name on the Sand Gnats’ roster, Nimmo has had a season he certainly won’t forget. He made the SAL All-Star Game after hitting .302 at the half-way mark of the season, but an even bigger All-Star Game is one that he will never forget.

Nimmo, 20, was voted by the fans to play in the MLB Futures All-Star Game at Citi Field, home of the Mets.

“It was a surreal experience and awesome to have the Mets support from the fan base,” Nimmo said. “I had a real experience with the fans and it was like being a major leaguer for a weekend.”

One of the most surreal experiences by far, was sharing the locker room of the face of the franchise, third baseman, David Wright.

“It was a great honor. I’m not going to say I’ll be the next David Wright, but hopefully some of his mojo can rub off on me and I can help him win a World Series in New York sometime in the future,” Nimmo said, who understands that he has “much more to work on and accomplish before then.”

This season was the longest of his career after he was drafted in the first-round, No. 13 overall, in the 2011 Major League Baseball draft.

After a big first-half, the Sand Gnats had a downfall in the second-half, but realized they must compete every game, despite an automatic playoff berth.

“Even if you put us in tiddly winks, we’re going to try to win the game,” Nimmo joked. “Right now is a time to get better, compete and be ready for the playoffs.”

Rojas, who’s in his second season as the Sand Gnats manager, has an extensive baseball background. His father is Felipe Alou, who managed the Montreal Expos and San Francisco Giants. Felipe, along with brothers Matty and Jesús, became the first all-brother outfield in the Major Leagues with the Giants in 1963. Moises Alou was a star player in the 1990’s and early 2000’s.

As far as the second-half goes, Rojas says, “We felt more relaxed knowing we were already in the playoffs, but you can never slow down or fall asleep.”

The Sand Gnats lost a handful of players who were promoted to higher level teams after the first-half, which hurt the team, but gave others the chance to step up.

“It’s definitely a big loss when you lose a guy like Plawecki who was leading the league in hitting and a big part of the middle of our lineup, but I think the team approach turned to people battling more and there’s been no negative from losing players,” Rojas said.

While Rojas comes from one of the biggest baseball families in baseball history, but his pitching coach, Frank Viola, might be a more well known name.

Viola pitched for 15 years in the MLB and won the 1988 American League Cy Young award, after going 24-7 with a 2.64 ERA for the Minnesota Twins. In 1987 he helped the Twins win the World Series and was named the World Series MVP.

Savannah has had one of the best pitching staffs in the SAL this season.

“We have a lot of depth, which lets us mix and match whenever we want,” Viola said.

Viola was recognized, along with Gabriel Ynoa, to the South Atlantic post-season 2013 Annual All-Star Team. Viola was honored as the top pitching coach in the league.

No matter if the Sand Gnats are playing Augusta or decide to play tiddly winks, they will be ready to compete in the playoffs after enjoying a strong season.

“If we can get the bats going, get pitching really well and play as a team, we will be really tough to stop,” Nimmo said.