Home › Life › Problems & the future of PED’s in sports

Problems & the future of PED’s in sports 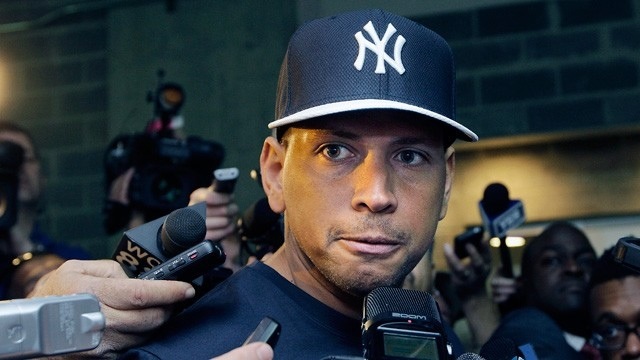 *This column was originally in The Inkwell and on its website.

As another exciting baseball season enters the postseason race, a dark shadow has been cast over America’s past-time by the sport’s very own Bane.

Yes, I am speaking about the big, bad Alex Rodriguez who is appealing a 211-game suspension by the MLB for his association with performance-enhancing drugs for multiple years, including most recently, the Biogenesis case. Though he was suspended, through baseball’s Collective Bargaining Agreement, Rodriguez is still playing and looking to propel the New York Yankees into the playoffs.

If A-Rod is Bane, then Ryan Braun is The Joker. Along with Rodriguez, Braun headlines 12 other major and minor league players that were suspended for involvement with Biogenesis. All other player received the usual 50-game suspension for using PED’s for the first time, but Braun agreed to a 65-game suspension, keeping him out for the rest of the 2013 season.

Braun is perhaps an even bigger baseball villain than Rodriguez. He has recently admitted to using PED’s during the 2011 season, in which he beat out Matt Kemp of the Los Angeles Dodgers for the National League MVP. Braun is a cheater, a liar and wholeheartedly tried to ruin an innocent man’s life.

In spring training of 2012, Braun “bet his life” that the synthetic urine that was collected in a urine sample never entered his body. He also went on to say that he’s “always had a tremendous amount of respect for the game of baseball.” So much for that. The worst part of his embarrassing speech that fooled us all was trying to take down the urine collector, Dino Laurenzi Jr., who Braun blamed for his positive test along with telling people he is an anti-Semite. Classy stuff Braun.

Braun and Rodriguez are easily the two biggest villains in the Biogenesis case, but they are also the only two Americans. A dozen other players were suspended, and they reside from the Dominican Republic, Venezuela and Nicaragua.

Since 2004, 63.2 percent of players suspended for PED use were foreign-born, though only 28.2 percent of the rosters on Opening Day consisted of players born outside of the United States.

Maybe education on using PED’s is the reason for the results, but the most reasonable explanation is low economic backgrounds of the demographics. The incentives for cheating are a high reward for players that have to make a major league roster to support themselves along with their whole family.

There will always be players from the poorest countries trying to make a name for themselves in baseball. On the other hand, there are players like Braun and Rodriguez who are rich, narcissistic stars who have $145.5 million and $275 million contracts that will still cheat.

Baseball has gone through different eras of drug use. Stars such as Willie Stargell and Willie Mays have been said to do “greenies,” which are a form or amphetamines. There was the 1985 cocaine scandal that included big-time players: Dave Parker, Vida Blue, Keith Hernandez, Jeffrey Leonard and Tim Raines, and led to the Pittsburgh Drug Trials. The Mitchell Report that was conducted from 2005-06 named 89 players that have taken steroids or a form or PED’s. We now have the Biogenesis case, where Tony Bosch ran a bogus anti-aging clinic in Florida.

There are many problems with PED’s in baseball and all sports, but many resolutions. Players are finally starting to speak out and having Mike Trout say that first-time users should be banned for life was huge for baseball.

A 50-game suspension for first-time users is a joke. The reward simply beats the risk. A “three strikes and you’re out” rule has to be thrown out in this case. First-time users should be banned for 100 games without pay and no chance of playing in the playoffs. The next time you cheat, you are out of baseball. These are grown men, not Little Leaguers.

The fact that A-Rod is still playing while he appeals his suspension is an even bigger joke. How can he seriously contribute to the Yankees wins right now and have it be justified? It’s time for baseball to crack down.

With all the PED problems and attempts of fixing these problems, how can sports shine a brighter light on this in the future?

On Bill Simmons’ podcast, “The B.S. Report” he was joined by Nate Silver and Malcolm Gladwell, on Aug. 7. The issues of PED’s came up in their conversation and Gladwell, a New York Times best-selling author and writer for The New Yorker, brought up an interesting take on the subject.

“Why is the use of PED’s to recover from injuries considered to be a crime?,” Gladwell said.

Last year Ray Lewis was in his last season playing football for the Baltimore Ravens and he was one of the most physically imposing football players ever. He tore his triceps in October and was supposed to be out for the season. Somehow he miraculously recovered in time for the playoffs and led the Ravens to a Super Bowl win.

In the weeks leading up to the Super Bowl, a Sports Illustrated story claimed that he took deer-antler velvet extract, which contains a banned substance, IGF-1. According to an NYU study, deer-antler spray has virtually no side effects and repairs damaged nerves at an increase rate of 270 percent. While the NFL’s drug policy is a joke, why would this be banned for a player returning from injury?

There are many other substances out there that produce no side effects and continue an athlete’s career. Cortisone is on the banned substance list for certain sports, yet most of us will have a cortisone shot at some point in our life.

Moving away from PED scandals, why can’t sports futures be based on modern medicine? We have used modern surgeries along with technology to our greatest advantages in sports. Tommy John surgery has saved pitchers’ careers and without it we would have no John Smoltz, no Tim Hudson, no Billy Wagner, no Joe Nathan and no Stephen Strasburg. ACL surgeries have seen a recent revolution with Adrian Peterson returning from surgery and rushing for over 2,000 yards the next season.

If I somehow got carpal tunnel syndrome while writing this article, I would see a doctor and get prescribed with medicine that would allow me to write again as soon as possible. The same goes for a carpenter, electrician or anybody else trying to save their career and support a family.

Here’s my proposal: Sports need to use PED’s to their advantage for injured-only players. These players can take PED’s from a doctor approved by their sport if there are virtually no side effects that will hurt the player’s health or mental stability. Once the player is pronounced healthy to do their job, they must stop using the PED and will be tested throughout the season.

Kobe Bryant is trying to return to basketball from a torn achilles tendon. He is using anti-gravity treadmills along with other modern tools. If he took a healthy PED to get back by opening day and then stopped immediately after would that really be that bad or would it be taking advantage of modern medicine?

Our new-aged tools, technology and medicine could have saved the careers of Bo Jackson, Gale Sayers and many others. All sports owe it to their players and fans to have players further their careers the best they can in a healthy manner.