Home › Sports › An NBA Draft lottery without the Warriors… Amazing!

An NBA Draft lottery without the Warriors… Amazing! 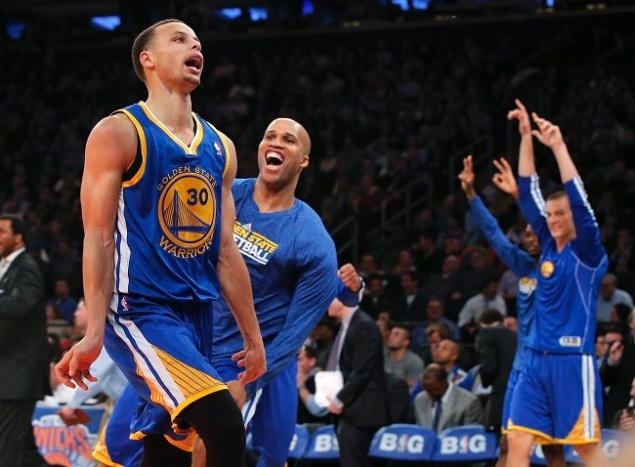 Year in and year out, Golden State Warriors fans had to sweat out the NBA Draft knowing someway, somehow their team would make them yell in agony. This year, the Warriors are without a lottery pick, and that is due surprisingly to solid drafts in the past.

The Warriors have the second most lottery picks with 20 (Los Angeles Clippers lead with 22) since the lottery began in 1985. A year without a lottery pick is a breath of fresh air for Dubs fans.

One more local tradition dies — the Warriors in the draft lottery.

Golden State carried one of the youngest teams in the league last season, with recent draft picks making huge impacts.

Harrison Barnes showed flashes of future stardom in the playoffs while averaging 16.1 points per game and 6.4 rebounds, becoming the first rookie to do so in a single postseason since David Robinson. The former North Carolina Tar Heel was selected to the First Team All-Rookie. Both Draymond Green and Festus Ezeli played valuable minutes as well.

In the last three drafts, the Warriors have now selected three players — Steph Curry, Klay Thompson and Harrison Barnes — who went on to make the First Team All-Rookie.

The future is certainly bright for the Warriors with three young offensive stars in Curry, Thompson and Barnes leading the team. Now, the main issues for the offseason will be getting their big men David Lee and Andrew Bogut healthy. The Warriors must also decide if they want to resign role players Carl Landry and Jarrett Jack.

After a season in which Mark Jackson led the Warriors to the Western Conference Semifinals and the Warriors do not have to look for a lottery pick star, fans of the Golden State truly have a reason to smile.