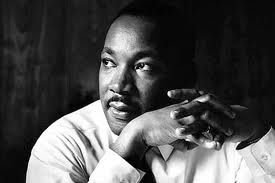 Although the celebration and remembrance of Martin Luther King Jr. will not take place until this upcoming Monday, today we remember him on his birthday.

King would have been 84 years old today and one could only wonder what he would have thought about our world as it stands today. Have we fulfilled his dream of equality throughout sports? Let’s take a look.

If we look at the numbers in baseball, we see a pattern of dwindling amounts of black players at the Major League level. Last season, baseball found itself at an all-time low with only eight percent of its players being black. The number was the lowest since the integration.

This seems like a cause for concern, but the game does have young, black superstars that will appeal to the younger crowd.

Last season David Price won the AL Cy Young award and Andrew McCutchen was in the mix for the NL MVP. The numbers as a whole are at a staggering low, but with black stars such as Price and McCutchen, along with Matt Kemp, the Upton brothers, Jason Heyward and Adam Jones, the chance of an uphill climb in numbers is positive.

Jackie Robinson said that he wouldn’t be satisfied with the state of baseball until there was a black manager and general manger, so as a whole I think he would have to be somewhat pleased. 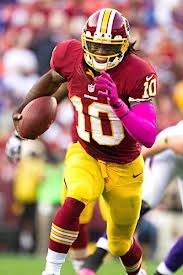 Looking at football, you see a much different trend than in baseball. At the end of last season, over 70 percent of the league consisted of black players. Most NFL rosters are very dominant with black players.

However, only Russell Wilson, Robert Griffin III, Cam Newton and Josh Freeman were the only everyday starting quarterbacks in the NFL. Michael Vick and Collin Kaepernick both started for consistent stretches as well. All together that is still only six quarterbacks, making up only a little over five percent of the NFL.

Of those six quarterbacks, three of them, which are all first-year starters, made the playoffs this season. As a whole the NFL is clearly dominant with black players and the future is bright with young quarterbacks.

Along with football, basketball is another dominant sport with black athletes.

In the NBA it is a rarity to see a majority of white players on the floor together.

Compared to when Martin Luther King Jr. gave his “I have a dream,” speech on August 28, 1963, I would have to think King has a smile on his face with the equality opportunities in sports as a whole today.