Baseball Hall of Fame voters need to wake up 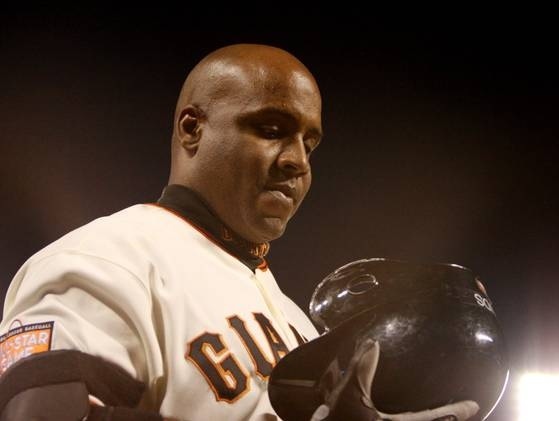 The Baseball Writers’ Association of America was handed a Hall of Fame ballot that may have been the most talent since induction began in 1936. So, on a day where some of baseball’s biggest stars were set to shine, NOBODY, I repeat, NOBODY was inducted into the Hall of Fame.

This year’s voting was an absolute joke and a travesty for baseball. The real problem is the stubborn voters and the voting system as a whole.

Wake up voters! The steroid era happened and it will never leave. Simple as that. If you think Barry Bonds, Roger Clemens and company are only a handful of players that were “cheating” in one way or another, than think again. An unknown and an uncountable amount of players took something to make them bigger or stronger, these players were just the best of the best during their time.

If you think this era of steroid users, is the only time where players took something to “cheat,” then you are wrong again. Iconic figures, such as Willie Mays and Willie Stargell have both been known to use amphetamines or better known as “greenies.” Different types of “cheating” have been around for ages.

So for the record, let me reveal what my ballot would have looked like. If given a chance, I would vote for: Barry Bonds, Roger Clemens, Sammy Sosa, Mark McGwire, Craig Biggio, Mike Piazza, Jeff Bagwell, Tim Raines, Curt Schilling (Even those I despised him as a player), Edgar Martinez and Rafael Palmeiro.

Let’s think about this. If I were a voter I would be the one getting scrutinized. Does that make sense?

I would vote for a man that hit 762 home runs, stole over 500 bases, won seven MVP’s and won eight gold gloves. A pitcher who won seven Cy Young awards, won 354 games and piled up 4,672 strikeouts gets my vote. If you hit 609 career home runs and had three 60 home run seasons, you get my vote. One of the greatest power hitters with over 500 home runs and the single season home run record at one time deserves a vote. When you hit over 3,000 hits and play catcher, second base and centerfield to be the ultimate team guy, you would think you are no-brainer. One of the top five first baseman needs to be in the Hall of Fame. When you are only one of three to have 800 stolen bases and an OBP over .385, you deserve a vote. One of the greatest playoff pitchers, who had a dominating stretch in the regular season, gets my vote. The greatest DH of all-time should be in the Hall of Fame. The hardest of the them all would be to vote for a man that hit over 500 home runs and 3,000 hits, but clearly his stats are worthy of a vote. 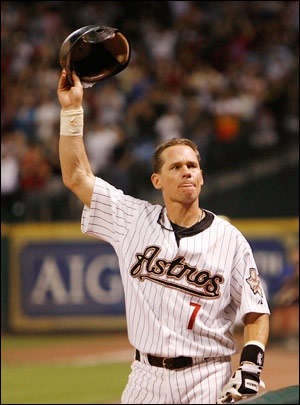 We all knew that there was a good chance Bonds, Clemens and Sosa would most likely be denied, because of steroid allegations. The worst part of the day, though, was the completely unfair speculation of Craig Biggio, Mike Piazza and Jeff Bagwell. These voters just seem unfair with no logic in this case.

The case of Craig Biggio is a truly sad one. The man was the definition of a team player. He changed positions, wore pitches and found ways on base any way he could. He hit 3,060 hits, made seven All-Star teams and won four Gold Gloves in his 20-year career. He has never been accused of anything and never had a steroid body.

Jeff Bagwell apparently looked “suspicious” so he cannot be in the Hall of Fame. He hit 449 home runs, had an OBP. over .400 and over 1,500 RBI. Bagwell is considered one of the top five first baseman of all-time and he was never convicted of anything involving steroids.

How is the greatest hitting catcher of all-time, who was never convicted of anything, not in the Hall of Fame? Mike Piazza went from being drafted in the 62nd-round to making 12 All-Star teams. He hit .308 with 427 home runs as a catcher, so how does that not make a Hall of Fame player?

The voters made a travesty of a day in baseball and there needs to be change. These stubborn old voters, just are not cutting it anymore.

Making voters only vote for 10 players or less, needs to change. Voters should be able to vote for whoever they believe should be in the Hall of Fame and not leave out a player, because of a limit. There is no need to hurt players’ chances of making the fraternity they have strived to be a part of for their whole life.

Players need to be a part of the voting. They played against and with these men that are trying to join the highest rank in baseball. These players voting could be Hall of Famers or a committee of payers from the generation that players on the ballot are from. They know and understand their talents better than any other writer.

Having no players elected to the Hall of Fame is a sad day in baseball and we can only hope this does not mean there is a sad future in baseball as well.