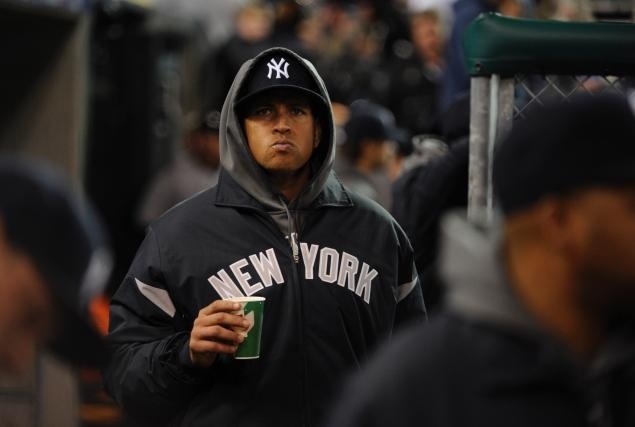 There has never been an athlete quite like Alex Rodriguez. Not one in New York City, as a Yankee and flat out never. No superstar in sports has had to go through what Rodriguez has had to in the last few weeks.

In case you live under a rock, Rodriguez has been the talk of the town lately.

Whether it is about his awful postseason stats, his mid-game flirting or a speculated trade to his hometown Miami Marlins, Rodriguez has found himself swarmed by media.

After the Yankees were swept in the American League Championship Series by the Detroit Tigers, Rodriguez set a few things straight: He wants to be a Yankee and ultimately the decision is up to him.

“My focus is to stay here. Let’s make that clear. I will be back and I have a lot to prove and I will come back on a mission,” Rodriguez said after the Yankees loss in Detroit.

Rodriguez, is signed through 2017 with a full no-trade clause. With rumors swirling after another terrible postseason, many believe the Yankees management wants him out of New York.

The 39-year-old is set to make a guaranteed $144 million over the next five years. That does not even include up to $30 million in home run incentives.

This is clearly a terrible contract for any player at this age and no team would want that. The question is not if the Yankees want Rodriguez, but if he wants to be a Yankee since that is in his hands. Right now it sounds like he does.

Rodriguez, one of the all-time greats with or without cousin Yuri, was benched in two of the four ALCS games, as well the deciding Game 5 of the AL Division Series. His postseason numbers were nothing to smile about.

So, how did Rodriguez’s replacement at third do? Eric Chavez went hitless in 16 at-bats.

Clearly, way too much blame was put on A-Rod. These players are not the career stars that he is, but they must be blamed just as much, if not more since they are still in their prime, for the Yankees playoff woes.

Sitting Rodriguez at times, especially in Game 4 of the ALCS made no sense. What did the Yankees have to lose with Rodriguez in the lineup? The man is still one of their best power threats and there is no good in having 647 career home runs on the bench when nobody else is producing too.

Rodriguez had his lowest average and power totals of his career this season. He hit just .272 with 18 home runs and 57 RBI.

Even with his rough season, Rodriguez thinks he can be his old self once again: “Look at my track record. It’s pretty darned good. If I do what I can do, Joe doesn’t have a choice. And neither does Cashman or anybody. They’ll have to play me. If I am who I know I can be, they’ll worry about other guys.”

There has never been a player like Rodriguez. A star that can cause a circus and been seen spitting seeds on the bench more than the game itself.

The Yankees already have big questions to answer. They have big free agent questions as well as Derek Jeter’s ankle. Now they have the great A-Rod debacle. It will be one fun offseason in New York.

When asked if this was his last game in a Yankee uniform, Rodriguez said, “No. I love New York City and I love being a Yankee. The highs are very high and the lows are extremely low.”

Rodriguez could not have summarized the life of A-Rod or the life of a Yankee any better.

Like Loading...
‹ Tim Lincecum is the perfect choice for Game 4
Shohei Otani opts for an MLB career ›