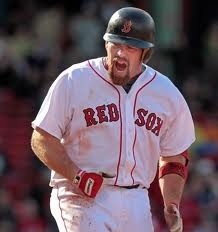 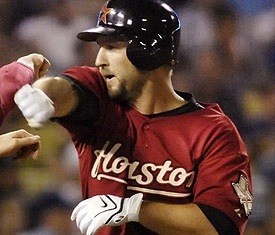 Former SRJC baseball star Jason Lane, and current Red Sox All-Star third baseman Kevin Youkilis, have been working out here at SRJC to get ready for more success in the big leagues this year.

“I have been coming back to the JC every year of my career to workout. I start in October and leave for spring training in February,” Lane said.

Lane played baseball at SRJC from 1996 to 1997 and starred as both an outfielder and pitcher. After his time at SRJC he took his talents to USC, where he helped the Trojans win a National Championship.

Lane was a sixth-round draft pick in 1999 by the Houston Astros. Since being drafted, he has played in the minor and major leagues for various teams. Lane finds himself in an exclusive club of players who can say they played in a World Series after playing in the 2005 Fall Classic for the Houston Astros versus the Chicago White Sox. Not only did Lane get the rare chance of playing in the World Series, he also hit a home run.

All this success came from his days as a Bear Cub. “My memories of junior college are of learning how to play the game right and learning a work ethic that has carried me through my baseball career. I remember everyone coming together with the same to goal to win games. It was baseball at its purest form,” Lane said.

After spending last season in Las Vegas playing for the Toronto Blue Jays Triple-A team, Lane has now become a part of the Arizona Diamondbacks. He has signed a minor league contract with an invite to spring training as a pitcher and a chance to play outfield. Along with every great athlete, Lane hopes to achieve his sport’s ultimate prize.

“My goal is always to get to the major leagues and help my team get back to the World Series,” Lane said.

“It was great to meet Jason and be able to talk baseball and hit at SRJC and his own batting cage. It has been a great experience spending time with him and working on hitting,” Youkilis said.

Youkilis had his toughest season due to injuries and the Red Sox having a historical collapse by losing their nine game lead on the Tampa Bay Rays in the AL wild-card race. The Red Sox went 7-20 in September, making it their worst September since 1952. He had a sports hernia and hip bursitis that forced him out of the lineup. Now both are full healthy and he is feeling good. Youkilis hopes to stay healthy and win another championship.

“My only major goals for this season are to win the American League East division and to stay healthy. Winning teams have all 25 players performing well in order to win the World Series, so I hope our whole team can stay as healthy as possible all year long,” Youkilis said.

Although they have taken different paths to finding success at different times in the big leagues, Lane and Youkilis both exemplify that greatness comes from dealing with adversity.